Kathmandu, March 17 (RSS):  The Nepal Bar Association (NBA) has termed the Judicial Council Secretary’s move to issue letter in connection with the tenure of the Chief Justice illegitimate and called for all to keep the glory and importance of independent judiciary intact.

The Council’s move was not valid to issue letter in a way that it was not aware of the tenure of CJ which was already determined at a time he was administered oath of office by the President, NBA noted.

The umbrella organization of the lawyers has said that its serious attention was drawn towards the issuance of the letter by Council Secretary Nripa Dhoj Niraula on March 14 in the name of then CJ Gopal Parajuli.

At a press release issued by NBA General Secretary Khamma Bahadur Khati on Friday, the association has expressed its serious concern over the possible attack on the existence of independent judiciary with the disruption of rule of law and judicial process by establishing wrong precedent. 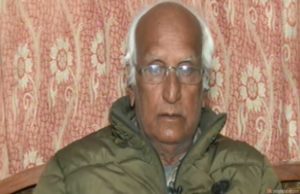