– Liva Chalise (Intern) Despite vehement legal and other measures taken by the state and civil society to end the dowry system over the last decade, this evil practice still continues in Nepali society.

According to the data shared by National Women Commission, in fiscal year 2076, four hundred women suffered physical violence, 589 women mental violence, 224 women economic violence and 47 women sexual violence. These incidents occurred due dowry-related conflict. A large percentage of women (61.3%), who had experienced violence had not shared or discussed their experience with anyone.

“Dowry has comparatively decreased than some decades back due to knowledge spread among people about the negative consequences and the strict implementation of laws for dowry,” said Prabin Pandak, a person involved in campaign against dowry.

The major cause of dowry is poverty and illiteracy. Over a span of 8 years, poverty is on decreasing trend in Nepal. From 25% in 2010, Nepal’s poverty has decreased to 21% in 2018. Nepal is in 78th rank in the poverty index among the countries of the world.

However, there are still some poor families seeking to make an earning out of dowry by asking for and in some cases even bargaining a large sum in dowry from the bride’s parents and family. In case the bride failed to bring enough dowry, they are then subjected to very worst forms of violence.

Apart from poverty, illiteracy is another cause of this form of violence against women. As per the 2011 census, 65.9% of the total population is literate but in 2018, literacy rate for Nepal was 67.9%. Nepal is in 129th position in literacy rate among all countries. Illiteracy has turned out to be a major reason behind dowry. Women, mainly in the Terai region, are found affected more by the dowry custom. Women are subjected to mental and physical violence and even murdered in name of dowry.

Dowry deaths are deaths of married women who are murdered or driven to suicide by continuous harassment and torture by their husband or in laws over a dispute related to dowry, making the women’s homes the most dangerous place to be.

In 2009, Nepal enacted the Evil Social Customs and Practices Abolishment Act outlawing dowry. But due to the slack enforcement of the Act, violence against women on dowry continues. Government has allocated Rs 5 lakhs this fiscal year for programmes meant to curb violence against women in the name of evil customs. The rights of women are guaranteed by the constitution but they are seldom properly implemented. There is no decrease on the violence to women which is going to be a big impediment in meeting the national aspiration of ‘Prosperous Nepal, Happy Nepali’.

The parental giving of a dowry in exchange for a daughter’s hand in marriage is an ancient custom that has been practiced all over the world. It continues in some parts of the worlds even to this day and is a major reason for violence against women in countries like Nepal. Many cultures still expect, or in some cases, demand a dowry as a condition to accept a marriage proposal.

It is said at least one out of three women around the world has been beaten, coerced into sex, or other abuses in her lifetime with various issues. Husbands receiving ‘koseli’ on behalf of their expecting wife 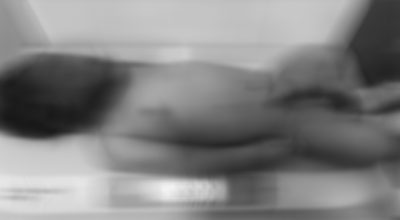