These are the only words Kumari Devi of Jhitkaiya, Kamala Municipality-3, Dhanusha district, has been hearing from her son Umesh Yadav who is languishing in a jail in Saudi Arabia for the last 12 years, whenever he calls back home. And the conversation does not last for more than 10-12 seconds.

A court in Saudi Arabia has convicted Umesh in a murder of a Pakistani national. The court has also ordered his execution.

Umesh had gone to the Gulf country in course of employment to escape poverty at home. He worked at the Jiladin Company in Saudi Arabia for six months until this unfortunate incident happened.

He was arrested by the police for murdering a Pakistani national and jailed. He is currently awaiting his execution unless he can pay the blood money to the family of the Pakistani man he is accused of killing.

It is learnt that the family of the Pakistani national have demanded Rs 7 million in blood money from Umesh. 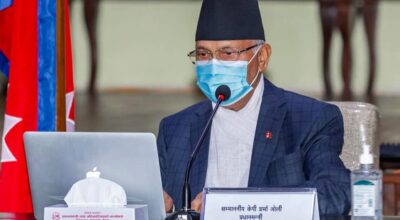