Kathmandu, April 13 (RSS): The Home Ministry today directed the Nepal Police and Armed Police Force to call back security persons deputed for other purposes except security within the next seven days.

The direction follows public complaint that some security persons were made to work as domestic help of higher officials and their deployment as personal security officers (PSOs) for those people facing no security threat.

Likewise, the government, issuing a circular, instructed the Nepal Police to return 315 Nepal Police staff deputed for the security of its former office bearers back to their previous posts.  There is the accusation that former police officers are using security persons they have got for personal security as domestic helps.

Likewise, the police administration has been asked to call back 45 police personnel deputed for the security of incumbent VVIPs and former officers, citing that such number was more than decided number.

The 82-point ‘Home Administration Reform Action Plan, 2074 BS ‘ unveiled by  Home Minister Ram Bahadur Thapa on April 2 announced to make return of those security personnel  deployed for other purposes within mid-May. The Home Ministry said that it was already in process of implementing the provision incorporated in the plan. 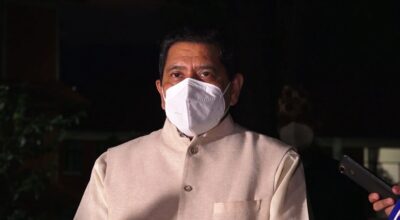