Kathmandu, April 20 (RSS): Absconding murder convict Rajib Gurung aka Deepak Manange was arrested on Thursday and has been sent to jail today.

Earlier in January, the Supreme Court (SC) had convicted Manange in an attempted murder case and sentenced him to five years imprisonment.

Manange was on the run since the Apex Court upheld then Patan Appellate Court’s verdict to jail him for five years in an attempted murder case.

Metropolitan police office spokesperson Mohan Kumar Thapa shared that he was presented in the Kathmandu District Court and sent to Dillibazar jail as per the court’s verdict.

The convict, Rajiv Gurung, had run for and won the Provincial elections from Manang as an independent candidate. 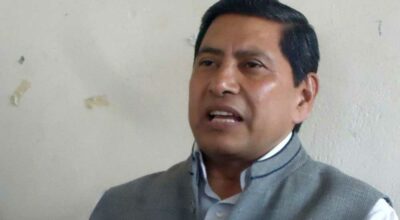