A meeting of the top leaders of the three parties held at the Office of the Prime Minister and Council of Ministers in Singha Durbar today made this agreement, according to leaders attending the meeting.

CPN (Maoist Centre) leader Narayan Kaji Shrestha said the major parties held intensive discussions regarding holding the local level elections and agreed to fix the date of the election within a week after consulting the Madhesi Front.

In the meeting, the leaders stressed on holding the local level election alone as the Local Body Restructuring Commission has already prepared a report on the same.

Deliberations were held in the meeting on moving ahead by removing the present political deadlock, forwarding the constitution amendment proposal registered in the parliament, implementing the report related to the restructuring f the local level and on fixing the election date by passing the election-related bills.

Deputy Prime Minister and Home Minister Bimalendra Nidhi said the main opposition party rejected the request of the ruling parties for allowing the parliament to resume its business.

“Prime Minister Pushpa Kamal Dahal and Nepali Congress president Sher Bahadur Deuba urged the UML to remove the parliament obstruction for moving ahead as per the due process, but the UML chairman KP Sharma Oli said that was not possible,” Nidhi stated.

During the meeting the UML leaders, although agreeing on the election, took stance that the parliament obstruction could not be removed unless the amendment proposal was withdrawn.

UML vice-chairman Bhim Rawal said after the meeting that the government was practising the politics of negation by unilaterally bringing the amendment proposal and the proposal could not be accepted as it was against the interests of the country and the people.

“The government should make it clear as to how it wanted to go ahead in this regard, on our part we are ready to move forward by forging consensus,” Rawal said.

Besides the top leaders of the three major parties, the second rung leaders were also present in the meeting. RSS 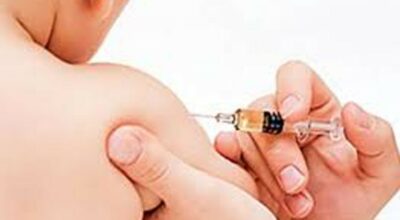 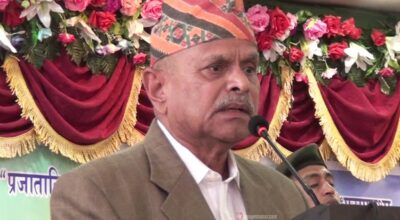