Project chief Bir Prasad Shahi said that the airport is being upgraded at a cost of Rs 98.1 million of the Civil Aviation Authority and it has been estimated that around two months would be required to complete the black topping task.

He said that air service could be brought into operation again within few days of completion of black topping.

Upgrading of the airport was obstructed time and again due to various reasons including lack of workers, unfavourable climate and not getting helicopters to supply construction materials on time, added Shahi.

According to the District Administration Office, Dolpa, preparation was underway to bring the Masinechour airport into operation until the completion of black topping of Jufal airport.RSS 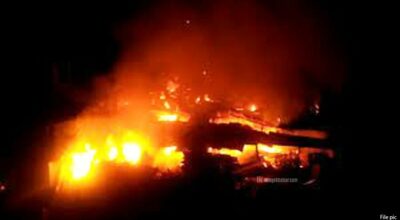