At an interaction programme held by the Reporters’ Club here today, CEO Bhusal pledged to recruit and train technicians as required by the rural municipalities and municipalities across the country for the same.

According to him, of the total 1100 technicians selected for the reconstruction effort, more than 900 had placed their requests to retain them in the Kathmandu Valley. “Since a majority of the technicians are city-centered, the reconstruction drive in the remote areas is still a distant dream,” Bhusal argued.

In reference to the international donors’ conference held in 2015 in the wake of the Gorkha Earthquake, he said that the NRA could organize similar kind of conference yet again if need be.

The newly appointed CEO of NRA clarified that the reconstruction drive was not affected due to financial constraints but due to failure to mobilize the resources in the Authority.

He shared that the NRA had ensured the release of more than Rs 1.49 billion fund in the current fiscal year for the reconstruction of 767,000 houses. More than 87,000 quake-survivors have received the second installment of total Rs 300,000 relief assistance. 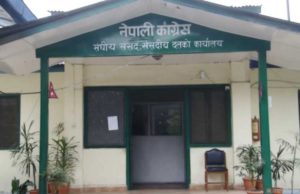