In 2000, more than 550,000 people died from measles, the report said. The big drop of deaths from measles was largely attributed to an estimated 5.5 billion doses of measles-containing vaccines that have been provided since 2000 to children through routine immunization services and mass vaccination campaigns, and have saved an estimated 20.4 million lives.

“Saving an average of 1.3 million lives per year through measles vaccine is an incredible achievement and makes a world free of measles seem possible, even probable, in our lifetime,” says Dr. Robert Linkins of the Measles and Rubella Initiative (MR&I), a partnership formed in 2001 of the American Red Cross, the U.S. Centers for Disease Control and Prevention, the United Nations Foundation, UNICEF, and the WHO.

However, the world is still far from reaching regional measles elimination goals. Coverage with the first of two required doses of measles vaccine has stalled at approximately 85 percent since 2009, far short of the 95 percent coverage needed to stop measles infections, and coverage with the second dose, despite recent increases, was only 64 percent in 2016, according to the report.

In all, about 20.8 million children worldwide are still missing their first measles vaccine dose, more than half of them living in six countries: Nigeria (3.3 million), India (2.9 million), Pakistan (2.0 million), Indonesia (1.2 million), Ethiopia (0.9 million), and the Democratic Republic of the Congo (0.7 million).
Since measles is a highly contagious viral disease, large outbreaks continue to occur in these and other countries in Europe and North America, putting children at risk of severe health complications such as pneumonia, diarrhea, encephalitis, blindness, and death.

“We have seen a substantial drop in measles deaths for more than two decades, but now we must strive to reach zero measles cases … Measles elimination will only be reached if measles vaccines reach every child, everywhere,” says Dr. Jean-Marie Okwo-Bele, director of WHO’s Department of Immunization, Vaccines and Biologicals.

According to the WHO and partners, countries with the greatest number of measles deaths rely most heavily on polio-funded resources and are at highest risk of reversing progress after polio eradication is achieved.

That’s why routine immunization backed by strong health systems should be dramatically improved, which is a realistic road to reach those children and eliminate measles, said Dr. Seth Berkley, CEO of Gavi, the Vaccine Alliance, one of the world’s largest supporters of measles immunization programs. (Xinhua) 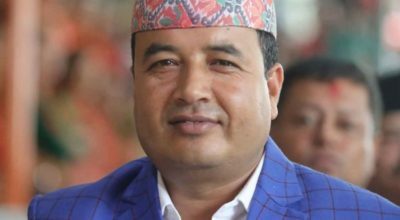