The counting of water birds had been started in the wetlands of Chitwan district from the second week of this month to find out the situation of the birds inhabiting the areas.

Sharing about the bird census report, ornithologist Basu Bidari said that birds of the duck species were not found. Bidari is also the former president of Bird Education Society, Chitwan. He stated that 54 species of water birds were found last year whereas only 48 species were found this year.

Out of the 213 species of birds recorded in Chitwan, only 48 species of water birds have been found during the bird census this year, according to Bidari. The missing duck species include the Sindurey Hans, Phurkey Hans, Hari Hans, Sunchuri Hans, Soiro Puchchharey Hans and the Swtaankhibhaun Hans.

Bidari said mainly the duck species have not been detected but the number of Chakhewa birds was found increased. He stated that 2,849 Chakhewa, 420 Jalewa and 410 Silsiley were found in course of the census.

Bird census is currently underway in various wetland areas of the country by mobilising 300 volunteers and ornithologists, said Dr Hem Sagar Baral, chief of the Ornithologists Association of Nepal. He said they would submit a comprehensive report to the government after all the bird census reports are collected. 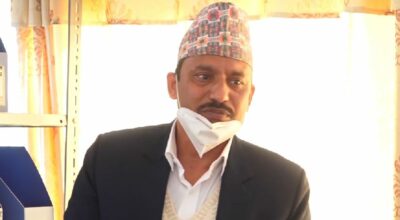