A meeting of the Province No 3 Council of Ministers on Thursday took a decision on this.

Province government spokesman and Minister for Economic Affairs and Planning, Kailash Dhungel said the meeting passed a bill on the salary and facilities of the local level people’s representatives which would be tabled in the Province Assembly for its endorsement.

As per the bill, the salary of the Mayor of Metropolitan City is Rs 46 thousand per month. In addition to the salary, the mayor would also get Rs 3,000 as communication facility.

The daily travel allowance is fixed at Rs 2,000 within the country and 200 dollars while visiting abroad. The travel insurance would be of one million rupees.

Likewise, the salary of the deputy mayor of the metropolitan city is Rs 40 thousand per month and that of the Ward Chair Rs 28 thousand.

The salary of the Mayor of the Sub-metropolitan City is fixed at Rs 40,200 and that of the Deputy-mayor Rs 35 thousand while the Ward Chair would draw salary of Rs 25 thousand.

The salary of the Mayor of the Municipality has been fixed at Rs 35 thousand, that of the Deputy-mayor at Rs 31 thousand and that of the Ward Chair at Rs 22 thousand.

In like manner, the Chief of the District Coordination Committee would draw salary of Rs 46 thousand, which is equivalent to that of the Metropolitan City mayor while the Deputy Chief Rs 40, 200.

The DCC chief and deputy-chief would also get monthly communications facility as well as travel allowance. 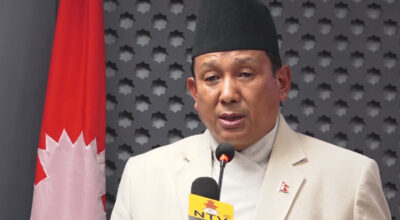