Acharya, who sustained bullet injuries at the right upper body part, is receiving treatment at Biratnagar-based Neuro Hospital. He is reported to be out of danger.

Acharya was going out for defecation when the incident occurred, said Superintendent of Police Arun Kumar BC. Acharya, who was in Biratnagar to attend Shrimad Bhagwat Purana religious function as a reciter to be started from today at Ramjanaki Temple in Biratnagar 14. A search has been launched for the shooters, said BC. 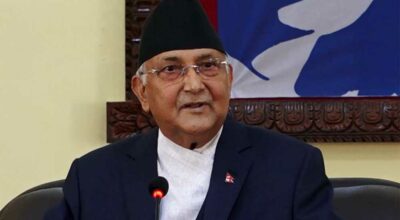