At a special convocation organised at the University, Governor of Uttarakhand State and Chancellor of the University, Krishna Kant Paul, conferred the honorary Degree of Doctor of Science to Prime Minister Oli.

On the occasion, Prime Minister Oli said that Nepal would move ahead collaborating with the University that has made significant contribution to making India prosperous through modernization of agriculture.

Saying 70 per cent people of Nepal are dependent on agriculture, he said, “We will modernize our agricultural system by collaborating with scientists of this University. We want to co-work for the same.”

Prime Minister Oli said that the University has further taken the Nepal-India relations to new height by conferring the honorary doctorate degree to him, stressing the need of further strengthening the relations with the University in the days ahead.

PM Oli is returning home this evening after wrapping up his three-day state visit to India. 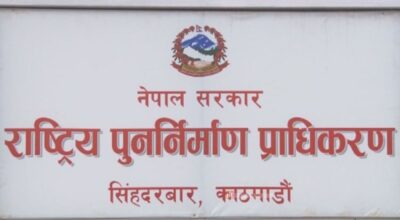