Speaking at a face-to-face programme organised by the Rafat Sanchar Club here today, leader Bhusal said the unification was delayed due to a busy schedule of Prime Minister and CPN (UML) Chair KP Sharma Oli and party chair Pushpa Kamal Dahal on the eve of the Indian Prime Minister’s visit.

According to her, mutual homework on the unification issues is underway. As she said, the party will not dissolve in the CPN (UML) during the merger process as reported in public.

The both parties will unite in a respectful way. She went on to say that the party unification coordination committee is doing a needful for the same.

She further added that the government would announce budget for the new academic session on the scheduled date, claiming that the leftist government was trying to make its diplomatic side as favourbale to the nation and time. 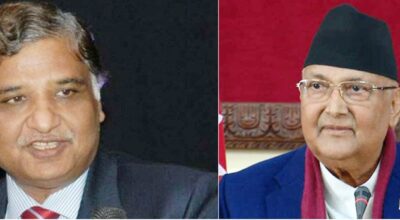