Butwal, Rupandehi, May 18 (RSS): One-way traffic has been allowed along the disrupted Butwal-Tansen road following clearance of debris deposited by a landslide near Siddhababa of Palpa on Thursday night.

Debris was cleared with the help of a dozer today morning, said the Western Regional Traffic Police Office, Butwal.

The road was also blocked due to a landslide at Headbox of Tinau Rural Municipality-3 in Palpa five days ago, leaving hundreds of passengers and vehicles travelling between Syangja, Pokhara, Baglung, Gulmi, Argakhanchi and Butwal stranded midway. 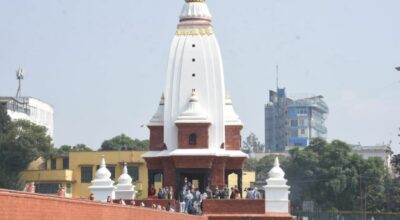