Likewise, the road section was handed over to the Department of Roads today itself.

On the occasion, Defence Minister Pokharel briefed the people about the message sent by Prime Minister KP Sharma Oli, expressing gratitude to all rank and files of the NA for successfully completing the road construction. 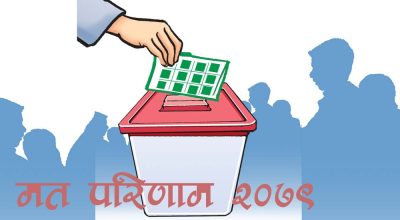