The two best friends had gone to a worship ceremony at a neighbour’s house and returned home with Prasad (an offering made to God and later eaten as a sign of blessing). When their mother scolded them for remaining absent for too long, the girls went to the marketplace and purchased Selfas – a chemical compound used in paddy field – and consumed it in a garden, Superintendent of Police (SP) Kuber Kadayat said.

The two were found unconscious in the garden in the evening. They were rushed to Zonal Hospital in Janakpur by family members and neighbours where they died in course of treatment. The girls’ bodies will be handed over to their families after autopsy. 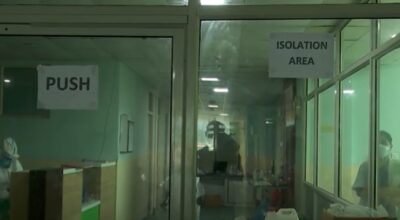