Ramesh Lamsal Nepal Telecom is to bring into operation 4G services in 50 urban areas throughout the country. The service will come into effect from coming Wednesday. The government-owned telecom service provider is expanding its 4g service after long efforts when the private sector telecom service provider Ncell has been claiming of extending this service in most of the places of the country.

Telecom had started its 4G service in Kathmandu and Pokhara from January 1, 2017. The Telecom is expanding its 4G services by selecting places where there is much business transaction and where the population density is more.

Nepal Telecom’s spokesperson Pratibha Baidya said that works are on regarding providing the 4G services in 50 urban and town areas as per the preparations so far. BTS towers have been installed at more than 110 places for this purpose. The number of such towers will reach 150 until Wednesday.

According to the spokesperson, every day more than a dozen towers are being installed every day and works were going ahead in a rapid manner, so they were planning to extend the service to more than the fixed number.

The 4G service is reaching more than 50 places at the same time less than eight months since works for this purpose were begun in accordance with Minister for Communications and Information Technology, Gokul Prasad Banskota’s directive to expand the service within the stipulated timeframe. The goal is to expand the 4g LTE service throughout the country until February 12, 2020. 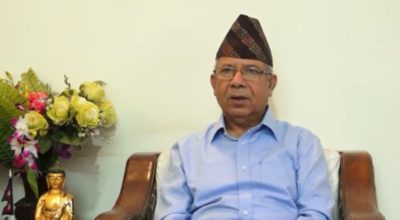