Kathmandu, Sept 22 (RSS): The Central Investigation Bureau (CIB) of Nepal Police has arrested 11 employees including the former chief executive officer of the Bank of Kathmandu for bank fraud- providing loan with the mortgage of waterside land. Those arrested are former CEO Ajay Shrestha, borrower Surendra Shrestha, and former and existing employees at the bank.

The police investigation revealed that borrower Surendra Shrestha was provided loan with the fake documents. Investigation into the bank staffs arrested on different dates is underway, said Police Spokesperson, Bel Bahadur Pande. Shrestha had burrowed Rs 45 million with the mortgage of the land belonging to the river area

The legal provision has it that they could be kept in detention for 60 days for the investigation, the police said, adding that the bank suffered the monetary damage with the fraud. 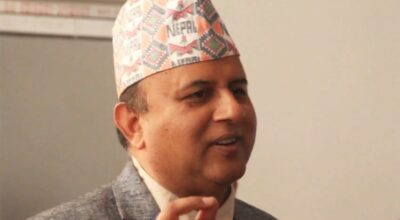