Dengue infection has been found in 24 people so far in the five districts of Sudur Paschim (Far West) State.

According to the Sudur Paschim Health Directorate Dipayal, the disease has infected 15 people in Kailali, five people in Darchula, two people in Achham and one person each in Kanchanpur and Doti districts.

One person has already died due to the disease in Doti. The victim is Chhatra Malasi ‘Chhaya’ of Thapla, Dipayal Silgadhi municipality-6. He died while undergoing treatment in Kailali.

The dengue patients of Doti have been taken to Kathmandu for treatment, Dr Girish Awasthi of the District Hospital Doti said. “We sent the suspected dengue cases to Kailali after the disease could not be confirmed while carrying out medical tests here in Doti. We then sent the patients to Kathmandu after it was found that they were infected with dengue following medical tests in Kailali,” he said.

The Sudur Paschim state government has prepared to launch a dengue control campaign in the five districts of the state, Social Development Minister of the State Government, Krishna Raj Subedi, said. Sudur Paschim Health Directorate has urged people to adopt precaution against the disease. 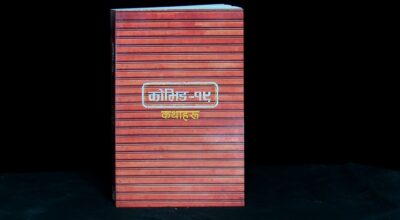