Kathmandu, March 26: Nepali Congress President Sher Bahadur Deuba has said the state should support and promote any institute established in honour of the late Girija Prasad Koirala, a pioneering figure of the Nepal’s peace process.

Addressing a programme organised on the occasion of the third establishment day of the Chabahil-based Girija Prasad Koirala Memorial (Community) College, the Congress President said Koirala is the inspiring leader for the entire nation.

Any word for his appraisal sounds less, Deuba said pledging his full support to the promotion of the college.

He said Girijababu was his good guardian who had the capacity of bearing risk and was equally a confident leader.

Also speaking on the occasion, party central member and daughter of Koirala, Sujata urged the party President to remain alert to the risk of possible intra-party attacks on the achievements of party so far.

She vowed her full support to the party new president to further strengthen the party.

Party youth leader Gagan Kumar Thapa said the incumbent government would topple down due to its own reasons.

The Congress should lead the government and be ready to enforce the new constitution by taking people from all caste and community into confidence. 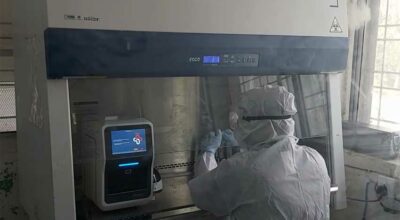