Govt is committed to the development of film industry: PM « Imagekhabar – Online News Portal of Nepal

Kathmandu, July 2: Prime Minister KP Sharma Oli today said that the government was committed to the development of film industry.

Speaking at a programme organised by the Film Artists’ Association of Nepal in the Capital, the Prime Minister said that film industry would not be excluded as the country would witness development only after the development of all realms of the society.

“We will work to make the country a movie destination and develop film industry. You (concerned authorities) should work for the advancement of this sector as the government is with artists,” he said.

On the occasion, senior singer, dramatist and artist Hari Prasad Rimal was also honoured with the ‘FAAN Award-2072’. The award carries a purse of Rs 111,111.

PM Oli and Minister for Information and Communications Sherdhan Rai handed out the award. 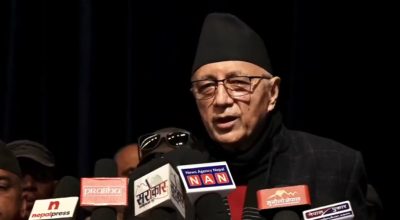