The match was organised to mark the celebration of 200 years of bilateral relations between the UK and Nepal.

Choosing to bat first after winning the toss, Nepal posted a 218 runs target for the MCC in the stipulated 50 overs at the loss of eight wickets.

Chasing the target, the MCC, however, managed to secure 176 runs all out in 47.2 overs.

For Nepal, after the opener Anil Mandal was dismissed just for two runs in the first ball in the fourth over, another opener Gyanendra Malla balanced the match with the highest 39 runs to his name. 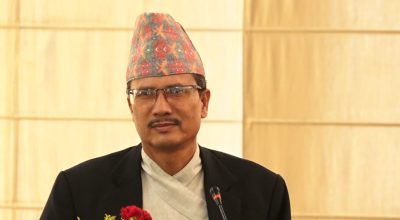