Kathmandu, Aug 3: The Rastriya Prajatantra Party-Nepal – with a force of 25 lawmakers at the Parliament – has decided to vote against Pushpa Kamal Dahal, the candidate for the post of Prime Minister.

“We had party’s ethics and principle on the one side and power on the other side, we decided to stand by principle and morality than power,” he added.

He also thanked Dahal for an appeal for support and cooperation while emphasizing the decision of his party to take up the mantle of a constructive and responsible opposition.

Stating that the unification process with RPP was nearing the final stages, Thapa said the meeting decided to issue an emphatic call for unification. RSS 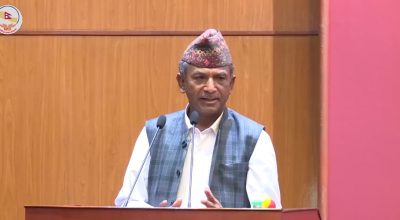