Kathmandu, Aug 6: The Bagmati Clean-up Campaign – into its 169th week today – scooped up around 15 metric tons of waste products from along the banks of the historic Bagmati river, which dissects the Kathmandu Valley through a supple path.

At least 10 metric tons of garbage was collected from under the Balkhu bridge in Lalitpur. At the start of the campaign social worker, Binita Agrawal, donated 50 sets of gum boots, 50 bamboo baskets and 100 pairs of gloves.

Laxmi Prajapati, who has travelled to all the 75 districts of the country bearing the campaign of saving the national flag, also took part in the clean-up, according to campaigner, Ram Kumar Shrestha.

At the Nakhu section the Nakhu Khola Reform Committee spearheaded the clean-up while another local organization, Ramro Jorpati, Hamro Jorpati, oversaw the management of cleaning the Bagmati river along the Guheshwori stretch. RSS 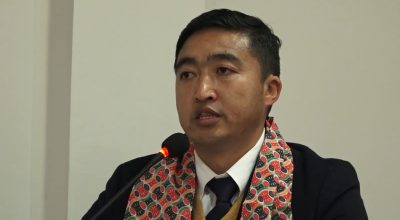