At a programme organised by the RPP-Nepal here today, Chairman Thapa said that the unification, likely to be held today, became unsuccessful due to power greed of the RPP.

Recalling that an agreement on the unification was signed by himself and RPP Chairman Pashupati Shumsher Rana few days ago, he said that the RPP on Monday violated the agreement as consensus was forged regarding whether or not to join the government after holding a joint meeting within two weeks.

Chairman Thapa said, “The nationality of the country is at risk. There is a need of a strong democratic force. We will take initiative to unite with any force loving the nation.”

Stating that the RPP-Nepal would provide constructive support for the country, he clarified that his party would not join the incumbent government. RSS 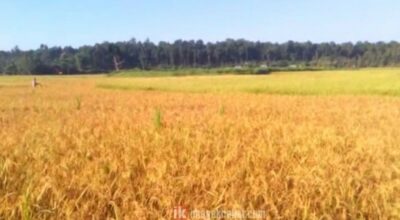