At a press meet organized by Nepal Press Union here, Minister Lekhak claimed further that the agreements reached with the Madhesi Front – expressing their discontent with the constitutional provisions – would be implemented.

Stating that the ruling coalition had to reach a three-point agreement with the Front on making the constitution acceptable to all, Minister Lekhak added that steps were being undertaken as per the agreement.

Responding to the media persons’ questions, the Minister vowed to strictly enforce the implementation of the law to prevent the alarming rate of road accidents.

The Ministry is moving forward in correcting the weaknesses and preparing a draft for overdue amendment of the Vehicles and Transport Management Act, he added. RSS 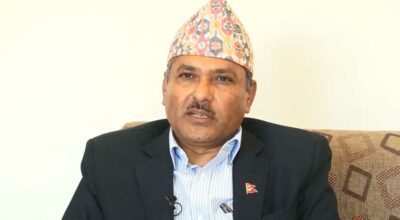