Earlier, Minster for Finance Krishna Bahadur Mahara had tabled the bill in the parliament seeking its approval.

While responding the queries of lawmakers, Minister Mahara said that the bill was tabled aimed at making the banking activities transparent and of international standards.

He added that with the endorsement of the bill, the national economy will be improved and the risk seen in the banking transactions would be controlled.

The bill has the provision of qualification and the tenure of the board members of the financial institutions.

Earlier, lawmakers, Prem Suwal, Dr Subodh Pokharel and Chudamani BK Jangali had sought clarification from Minister Mahara in this regard.

The next meeting of the Parliament is scheduled for 1:00 pm on January 13. RSS 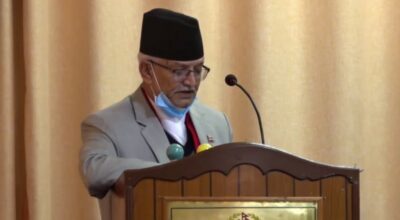