“Achievements from the people’s war will not be allowed to go waste. And we must be ready to make another sacrifice if need be to safeguard them,” said PM Dahal while speaking at a programme organised at Paris Danda-based CPN (Maoist Centre) party office on the occasion of Maoist’s 22nd People’s War day.

Also Chairman of CPN (MC), Prime Minister Dahal stressed the need for holding all three levels of elections within the next 11 months to protect the achievements gained from the revolt and the new constitution. “Or our country will fall into a severe crisis if it does not happen so.”

Describing the constitution as a dynamic document which could be amended with time, he said the government was preparing to move ahead while protecting the rights of all.

PM Dahal added that the Maoist war was a historical movement to unite hill, mountain and Tarai while sharing that people from all three parts of the country had contributed equally in the insurgency.

He claimed that his party continued to be in the first position in terms of institutionalizing the changes achieved through various political movements, even though the party is in third position in the parliament.

Dahal expressed the confidence that all Maoist parties will be united by next year.

The then Maoist party had launched an armed conflict known by the party as the people’s ward in 2052 BS (1996) the same day today. It lasted for a decade before coming to an end in November 2006. RSS 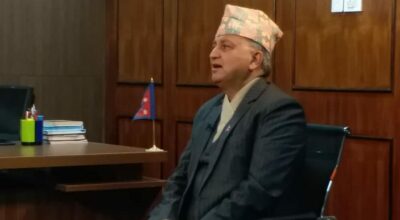