Kathmandu, June 10 (RSS): A campaign of planting saplings has started in the Pashupati area with the objective of increasing greenery in this world heritage site and the centre of faith for the Hindus across the world.

As many as 5,000 saplings of various species of trees are to be planted under this campaign.

Two hundred and fifty saplings of various species like Belpatra, Lothsallo, Chilaune, Lapsi and Parijat were planted at Mrigasthali area on Saturday as part of the campaign, member-secretary of the Pashupati Area Development Trust (PADT), Dr Pravin Dhakal, said.

PADT would assign people to take care of the saplings. According to Dr Dhakal, it costs Rs 11,114 to look after a single sapling.

The PADT board has decided to allow people who want to plant saplings in the Pashupati area on special occasions like their birth day and marriage anniversary and take care of it.

The Eurasia Reiyukai has taken permission this week to plant 300 saplings, the PADT said. 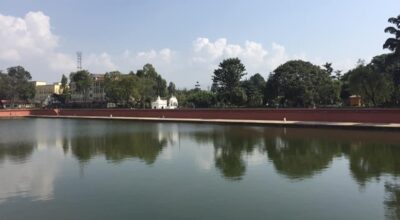