The father, mother and son were visiting the in-laws’ house in Chiswang when they fell unconscious after consuming Dhido – made of corn or millet flour with potato and eggplant.

The condition of father and mother – in – law is reported to be critical. The four were rushed to the Primary Health Centre in Darbang and then taken to Beni Hospital.

Cheena’s husband, Prem Gurung, 14 – year – old son and mother – in – law were then referred to Pokhara. Gurung’s son died in course of treatment on Friday night at the Western Regional Hospital, Pokhara.

“The condition of son – in – law and mother – in – law is critical, their treatment is continuing,” Ghimire added. The couple had married two years ago and arrived at in – laws’ residence some days ago. The police have sent the Dhido and the vegetables to the central laboratory for test. RSS 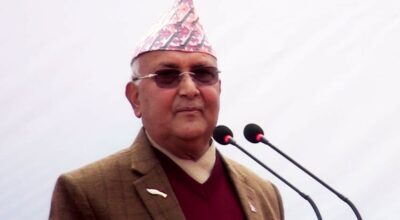