The soldiers lost their lives during the battles that have flared since Thursday in the desert region in the countryside of Deir al-Zour and Homs provinces, said the Syrian Observatory for Human Rights (SOHR).

The battles erupted when the IS militants attacked towns on the road between Homs province and Deir al-Zour, during which 45 IS militants were killed, the UK-based watchdog group added.

Earlier on Friday, the Syrian army regained control over the main road to Deir al-Zour, after the road was cut off by IS, a military source told Xinhua.

The army and allied fighters had foiled the IS attack on the towns of Sholah and Kabajeb and secure the road again, said the source on condition of anonymity, adding that the Syrian forces were now securing the vicinity of the road.

The IS militants attacked the towns of Kabajeb and Sholah in the countryside of Deir al-Zour province, on the main road toward the capital city of Deir al-Zour on Thursday.

They also captured a mountain near the city of Sukhneh on the eastern countryside of Homs, on the road toward Deir al-Zour.

The attack led to the closure of the road, and the army sent reinforcements to reopen the road amid intense battles with the IS militants.

The Syrian forces and its allies captured Sholah earlier this month when they broke the three-year IS siege of Deir al-Zour and cleared the main road to the city.

Several checkpoints are set up across the road, which is surrounded by large swathes of desert, which makes it easy for IS militants to sneak in, particularly when the sun falls.

The SOHR said the Syrian troops, with the help of the Russians, were tightening the noose on IS militants in Deir al-Zour, the most important stronghold for IS due to its proximity to IS-held areas in neighboring Iraq and its richness in oil and gas fields.  Enditem 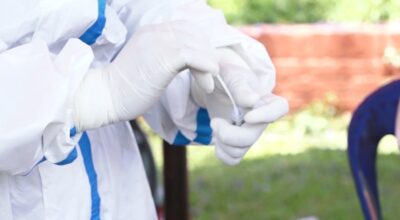